Pretend world, or main criteria for a modern kindergarten to meet 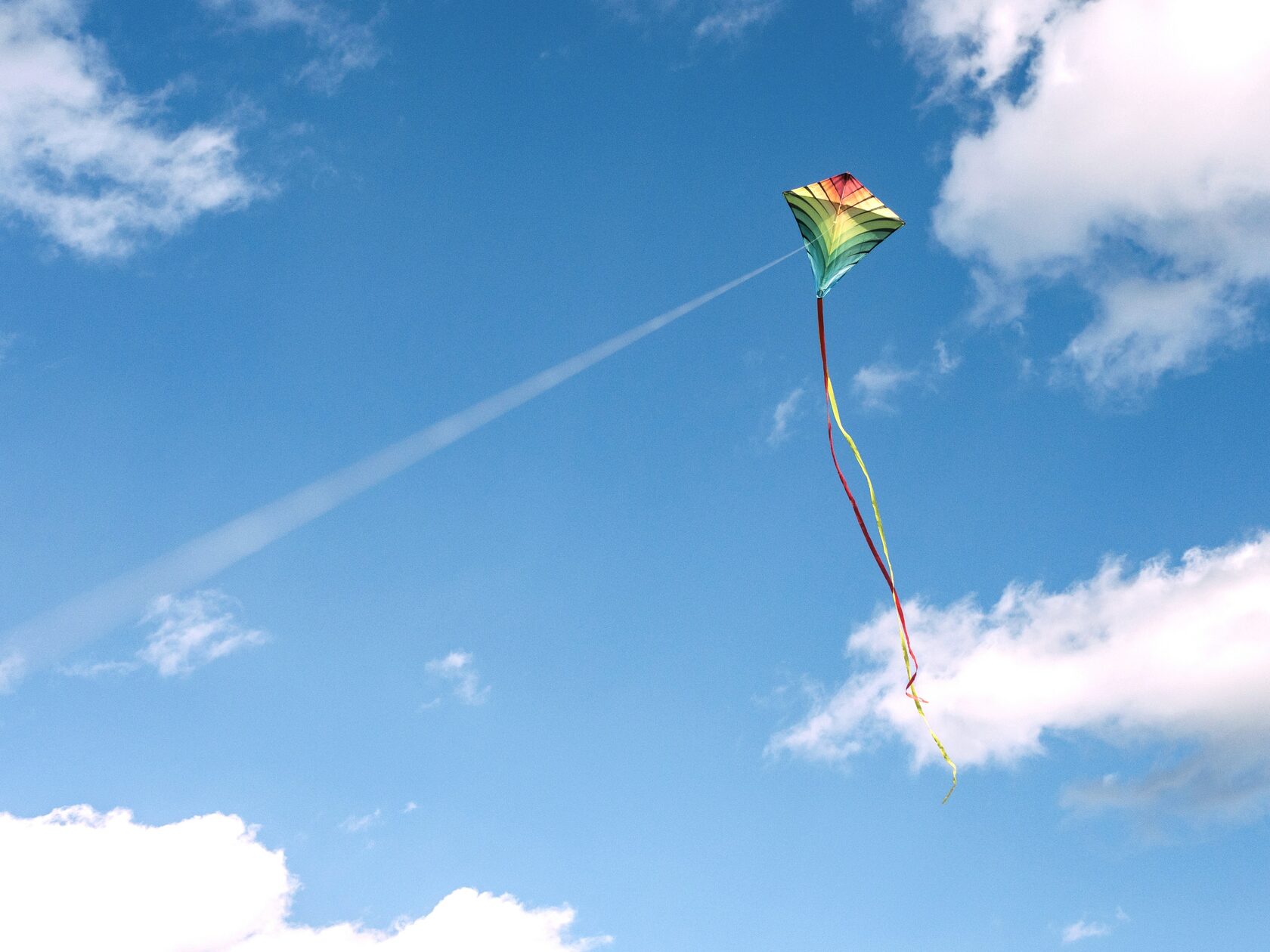 When deciding to send their child to a kindergarten, all parents hope that it will be comfortable and safe there. They carefully study preschool institutions to make sure their choice is right. But how do you know if a particular kindergarten is right for your child?

Tatyana Justus, a member of the Our Childhood Association, an expert of the University of Childhood community, head of the Zhuravushka kindergarten (Krasnoyarsk, Russia), told Forbes Education what basic criteria a modern kindergarten should meet.

You’ll find the practical checklist for choosing a kindergarten at the end of the text.

Positive attitude towards yourself

“The emotional environment of a modern kindergarten should, in the first place, instill a positive attitude towards themselves in children. The children should understand and feel that they are the main, the most important in this world and they are always welcome”.

The aim of preschool educators is to:

The subject environment should be arranged in such a way as to arouse curiosity and a desire to try something, experiment. For example, the shelves should be at the child’s height, so that it is easy to pick up toys or materials for creativity. This will allow children to show initiative and independence. The educator, on the other hand, should meet the child's activity not with resistance, but with support.

The first component associated with initiative is the full development of play. It is equally good to develop free play, not set by an adult, both in the kindergarten and at home. It is important that the children feel themselves the authors of the game. Imagination is behind initiative. Natural curiosity must be maintained to develop the imagination. In a good kindergarten, imagination is developed with toys: and these are not ready-made, skillfully crocheted dumplings, but all kinds of cubes, cylinders, pebbles, sticks - everything that can turn into anything, the so-called multifunctional material.

If the educator maintains an interest in the game, then the children are drawn in, play for several hours and actively imagine. Play develops the ability to build relationships with peers, to negotiate. Sometimes, it is difficult for a child to express emotions and feelings in ordinary life, but in play it works. So, for example, you can turn into a dragon and express your anger - after all, pretend life is completely different, in a pretend world you can solve many problems that cannot be solved in reality. In play, everyone is equal, it develops creativity, the ability to cooperate and act in changing circumstances, not to be afraid to express oneself.

Also, practice shows that the use of "school" formats in the kindergarten, especially the rules of the lesson system, do not contribute to the teaching of the youngest children at all. Lessons are ineffective here, which means that acquiring new knowledge should be a game, a kind of search, a discovery that a child makes. Unfortunately, adults often forget about the importance of play.

— Ekaterina Rybakova, founder of the "University of Childhood" Foundation, co-founder and president of the Rybakov Foundation

Of course, we are not talking about any game, but first of all about a role-playing game in its developed forms, in the “inventing” of which children directly participate. In such a game there are rules agreed and accepted by all participants, there are roles and a plot that develops, possibly with the support of an adult (educator), but always with the involvement of the children themselves.

The second component is productive activity: modeling, drawing, application. It is also important here to support the child's initiative - after discussing events, natural phenomena, it is necessary to give the opportunity to express this in their creative work as they saw and perceived them. And when the educator encourages, rejoices, is surprised at the result, without trying to correct or remake according to the established model, the child understands that his authorship is respected and recognized as valuable.
When a child's work is judged according to the model in a negative context, for example: “This is the wrong boat, let’s fix it”, or “Where did you see purple trees?”, Or “Beautiful painting, but if the tree was green, it would be more similar", - children understand that they do not reach the standard, which causes anxiety and does not let the children's initiative develop.

It all starts right at the door, when the child enters kindergarten. The first moment of welcoming (every day) is very important. A “good” adult should always be truly interested in the child. This cannot be faked, children always feel sincere interest and realize that their state, thoughts, questions,  and their own selves, cause curiosity. It is necessary to give the children the feeling that their appearance is an important event for adults. When welcoming, for example, you can ask: "What did you dream about today?", "Where did the tooth go?", "What did you bring?" etc.

Confidence is also formed during organizational moments, when events are discussed, plans are made at the "morning circle" (*note: when children sit in a circle with the educator, plan the day, share important news).

A good educator knows how to help a child who is embarrassed to speak. For example, you can sit closely, offer the child to whisper everything in your ear, so that you can then voice what was said aloud, or, for example, say it together. So the kid understands: what he or she thinks is so important that the whole group should know about it! With this approach, confidence will gradually come that the child's emotions and deeds are valuable. Remember that trust is formed in the little things: it is important to look in the eyes, listen carefully, sit down on the same level with the children.

Parents should be primarily interested in the lives of their children, and not in the lives of educators or a chief educator. It should be important for them what happens to the child, how he/she lives, to support his/her interests, to "pick up" important events that happened in the kindergarten, to develop this story. If a parent can be useful to other children, for example, he has an interesting profession or an unusual hobby, then he can come and tell about them in kindergarten. And remember about "pretense" - an understanding parent should support play always and everywhere, not insist on having a large number of expensive dolls and cars in the kindergarten, but bring, for example, tree cuts, pebbles or scraps.

Signs of a worthy modern kindergarten

[+]
Children's independence is visible and there are places where children feel like real masters. There are self-made children's buildings, huts, etc. on the territory, which are not removed during the day, because they are given value.

[-]
Perfectly clean, practically untouched places for walking, where the child's foot has clearly not gone.

[-]
Children’s space is limited and they are doing repetitive activities - swinging on a swing, rolling down a slide, etc.

[+]
The walls display works that children are really proud of, and there are spontaneous works by children. There is an informal life that, perhaps, even goes out into the corridors. For example, the kids noticed a bee during a walk, returned to the group interested, together with the educator found out what kind of insect it was, how it works, drew it, made it of modelling clay, and urgently wanted to share new knowledge with the whole kindergarten - and placed their work on their own in the corridors...

[-]
Only exemplary, ideal works that educators consider to be the best come across to the eye.

Dialogue with an educator

[+]
It is clear from the conversation and tone that the educator is genuinely interested in children.

[-]
You get the impression that everything is being done in such a way that nothing interferes with the adult’s work.

[+]
Asks about the child and his interests, features, offers options on how to adapt as gently as possible. Explains the different approaches in the groups you are considering

Dialogues about the kindergarten

[+]
To find out more about your kid’s kindergarten experience, ask questions about his/her feelings, and these feelings should be as pronounced as possible:
- What was the coolest thing in the kindergarten today? What made you happy?
- What was the most distressing thing? What didn't work out the way you wanted?

[-]
Another trick is to ask funny questions:
- Did Masha bring a crocodile to the kindergarten again today?
- Hey, did your teachers feed you dandelions today?
In response, there is usually a reaction of indignation, after which you can find out what Masha brought and what was actually for lunch.

Thank you for help in preparing the material, Elena Golovacheva and the University of Childhood.


Photos from the life of the children's club "Sadik-Sharik".